I’m happy to announce that Knights Province Alpha 11 is getting released today and is available for download from the games site – knightsprovince.com 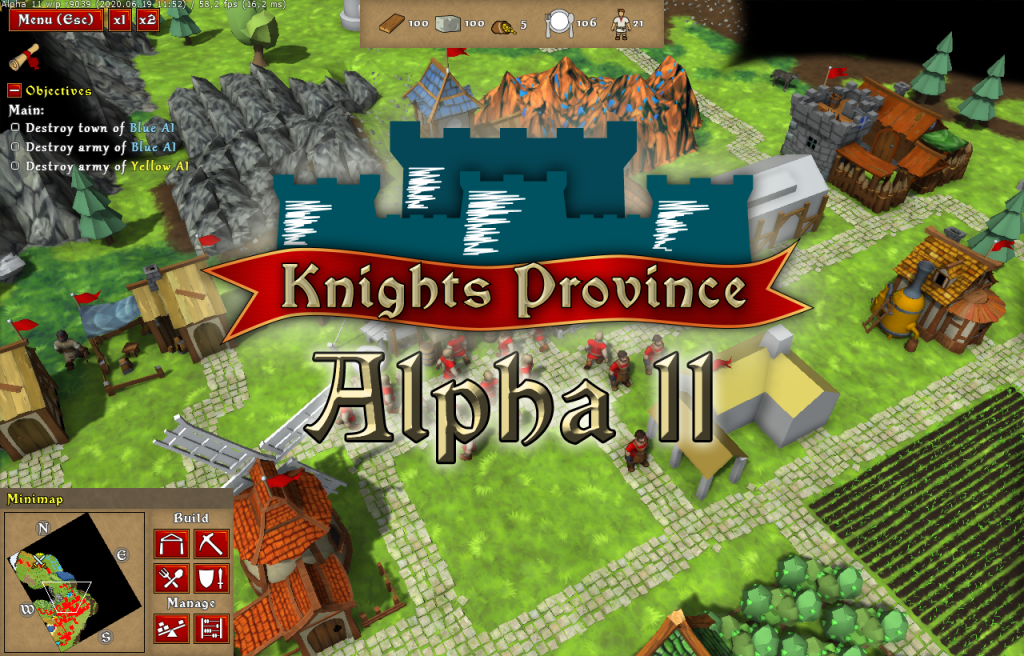 New features are described in more detail there too. In short: manned towers, buildable fences, real fog of war, mission highscores, return of wares on house demolish, new music and graphics assets and much more!

Posted on April 8, 2020 by Krom | 4 Comments
Knights Province Alpha 11 is going to be ready soon and it’s time to talk about one more unique feature that it is going to have: Knights Tavern! Knights Tavern (KT for short) is a codename for the accounts server we have been developing since 2019. Accounts were one of the more often requested features in KaM Remake, but we never had expertise or bravery to actually implement it (well, for numerous reasons). Attempts were made for the KP, but they did not succeed until recently, when a lucky chance has arrived (in form of an article (https://habr.com/ru/post/491272/) and a code repository (https://github.com/Cooler2/ApusEngineExamples)). Now, knowing that the backend server can be developed in the same language as the game, KT is finally taking its chance to come true. Neat thing about KT, is that it can be used for both KaM Remake and Knights Province. Both games are very much alike in terms of accounts info they provide and can benefit from. So we can safely build KT in such a way that it allows for a single account for both Knights Province and KaM Remake. Register once and play twice. KP is our testground for the KT. Once it is sufficiently tested, KaM Remake can be upgraded and start using it too. You can help with KT playtesting right now, but more on that later. Basic auth functionality is mostly covered: KT has player accounts that can be registered, activated, logged in to and logged out of, forgotten passwords can be reset. For a proof of concept, KT can report how many player accounts it has and how many players were active within the last hour. The first useful feature in KT are mission highscores. If a single-player mission was prepared by the mapmaker in a specific way (2 lines of script, one dynamic and one static), the game can submit the mission’s winning score to KT and later on show the player his ranking in that mission. Word of caution, KT is still in beta and might have bugs in all different areas. We hope to iron them out over time. That’s why we start testing with simple functionality, so flaws in the authentication (which there must be) can be fixed. So, since there might be bugs and weak spots, do not use your everyday life passwords for KT. KT future allows for many interesting things: KT poses new challenges to us: Best of all – you can already try out KT and help us improve it! See the latest KP wip builds (available on Discord https://discord.gg/cEwJFSY). Please report any bugs or flaws. We are also open for suggestions on KT functionality. It can steer it into many directions and it would be best to pick ones that are more wanted.

So this is it – the big announcement of the secret project.

We discussed what kind of new game we could make, development, style, balance, new ideas. Ever since I was busy prototyping (remember those April Fools 3D renders), programming new 3D terrain and rendering engines, planning unit rigging and animations, 3D modelling, drawing sketches. I’ve had to hire freelance people to help with it too.

Here it is in all its current glory: 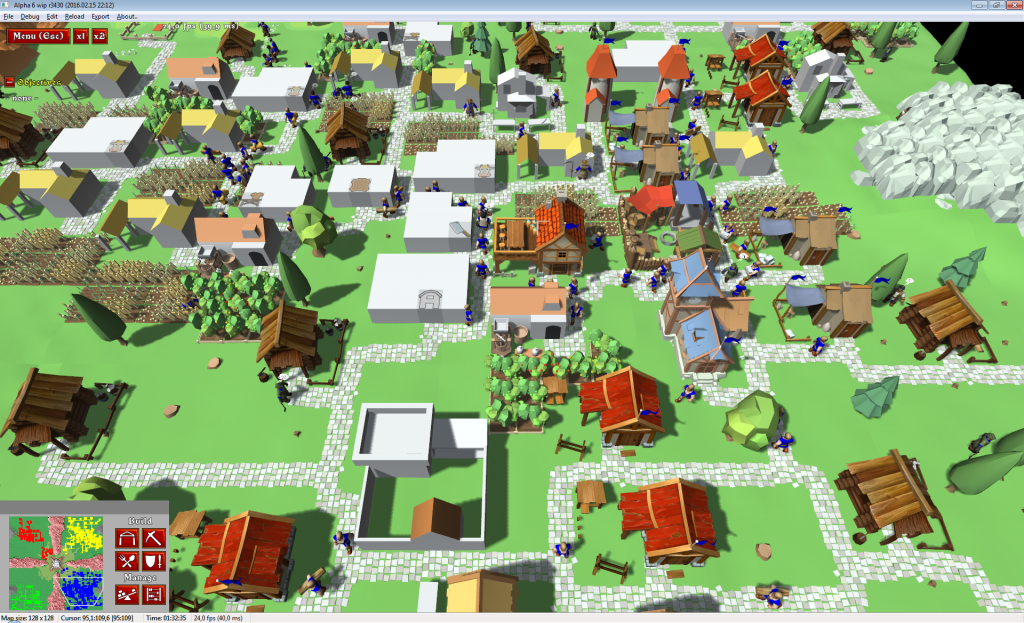 Official Knights Province devblog is now located at: https://www.knightsprovince.com/
It was private for the past year, visible to only a few people. Now it’s public! You will find plenty of info about the project there, that I was posting during past year and a half. Check out the Media to see screens and artwork.

Tonight is the 2nd of April and some things need to be explained.

First of all – we both (me and Lewin) wish to thank you everyone for the feedback. We have put a lot of effort into KaM Remake and it is really rewarding to see the community growth and support. The project would never be so advanced without the community around it. It really means a lot to us to have your support in our work.

As many of you have figured out, 1st Aprils post was a joke. We are not bored with 2D pixely graphics and KaM animations. We don’t drink pixely wine and like the recruits just the way they are, without additional facial hair. The images in the post were crafted in Lightwave 3D (3D Max alternative) in a couple of evenings.

END_OF_DOCUMENT_TOKEN_TO_BE_REPLACED

You know how it goes with hobbies over time, they change. This Remake project has been our hobby for a long time, but as all things change in this world, so does it too… Last release (r6720) was very exhausting. Me and Lewin are still on a vacation from serious KaM Remake coding.

What I’m about to say has been nagging us for a long time. A few months ago we realized, that we got so very bored by pixelated 2D graphics, jittery animations and endless stream of bugfixing (and never-ending fountain of ideas to add new houses and units we could not add) that we have decided to put this to an end.